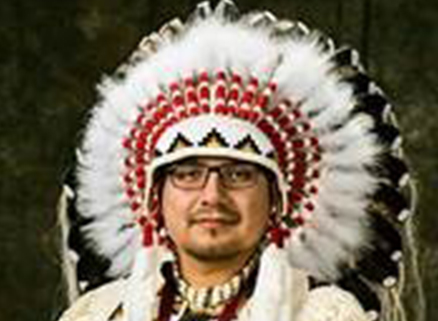 In 2015 he was elected as the youngest Chief in the history of Enoch Cree Nation Maskekosihk at the age of 28. Now in his third term, his most important accomplishments in Enoch include revitalizing Cree language and culture, prioritizing youth education, and building a new state-of-the-art primary school.

Grand Chief Morin believes that balancing traditional First Nation values with innovative business strategy can ignite economic prosperity while strengthening First Nation sovereignty. His belief in the spirit of sharing and partnership, a principle of Treaty 6, has helped him attract significant capital investment into Enoch as the Nation becomes an economic driver in the Alberta Capital Region.

Grand Chief Morin has a diploma in Civil Engineering Technology, Bachelor of Technology Management, and Honourary Bachelor of Business Administration from NAIT.  Prior to serving Enoch as Councillor and now Chief, he held positions with the City of Edmonton and Government of Alberta