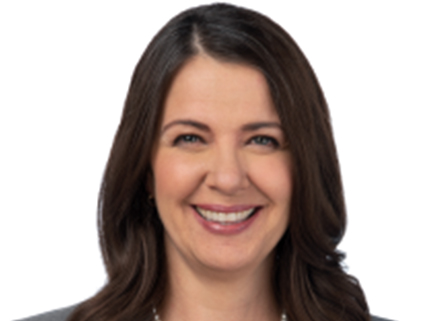 As a University of Calgary graduate with degrees in economics and English, Danielle has had a lifelong interest in Alberta public policy and finding the right balance between free enterprise and individual rights, and the role of government.

Danielle’s public policy experience began with an internship at the Fraser Institute. She was also elected as a trustee for the Calgary Board of Education and served as the director of the Alberta Property Rights Initiative and the Canadian Property Rights Research Institute. She was also the director of provincial affairs for Alberta with the Canadian Federation of Independent Business. Most recently she was a Member of the Legislative Assembly for Highwood, leader of the Official Opposition, and leader of the Wildrose Party.

Before entering politics, Danielle had extensive experience in the media. She was an editorial writer and columnist at the Calgary Herald for six years. She served as host of Global Sunday, a national current affairs television talk show, and was also the host of two programs on CKMX 1060 AM radio in Calgary, Health Frontiers and Standing Ground. She has made frequent guest appearances as a commentator on TV and radio.

Born and raised in Calgary, she married her husband, David Moretta in 2006 and is the proud stepmother of David’s son Jonathan. Danielle and David live in High River with their two dogs, Caine and Colt.